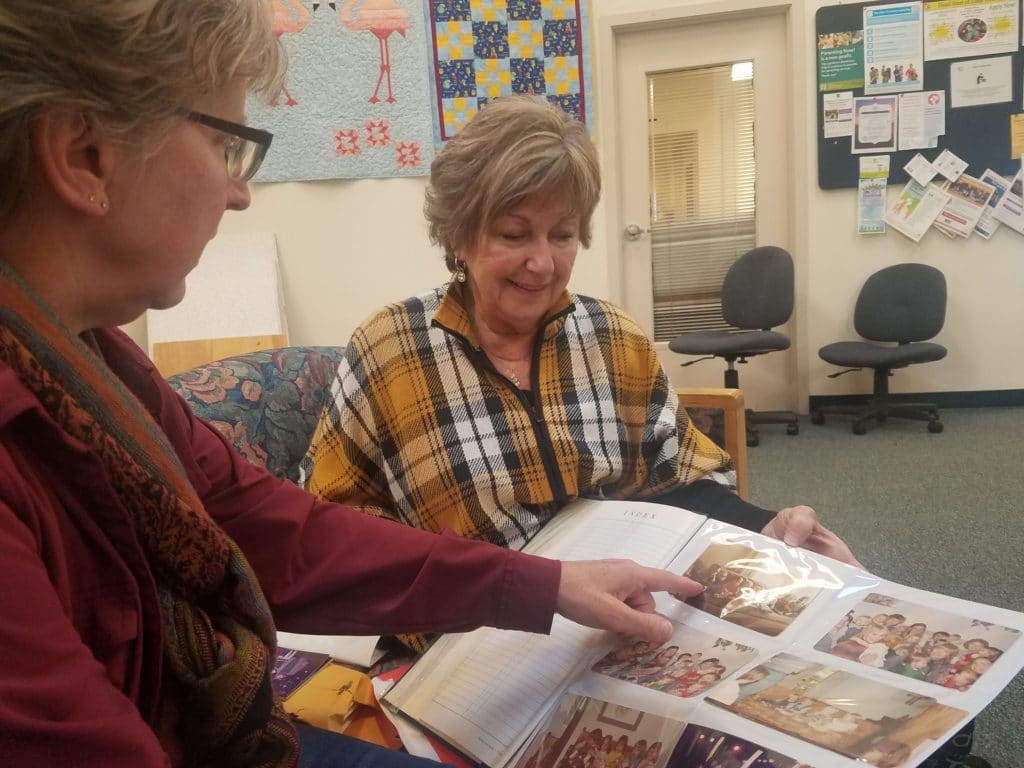 It’s a tradition the group—made up of many former Birth To Three members—started 15 years ago as a way to stay connected as friends as well as give back to the organization that formed their friendship.

When Sue Fleming was contacted 40 years ago about joining a newly formed parenting group—known at the time as Birth To Three—she didn’t know any peers who were brand new parents like herself. “Of course I said ‘yes’,” says Sue. “Because I didn’t have any family here.”

This was a commonality amongst the group—many of whom were not native to Eugene and lacked local family support. The group was advertised as a “support group for new parents,” says Sue, and “We were looking for connection with other parents.” 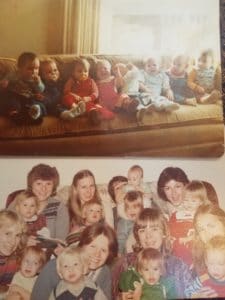 Over the years, the group became very close, exchanging babysitting time, and going on trips together. “I really needed that adult connection,” says Colleen Biggs. In total, the group went on 15-20 weekends away, starting when their children were babies, including many trips to the Oregon Coast, as well as Cougar Reservoir. “Those are such special memories we have,” says Colleen. 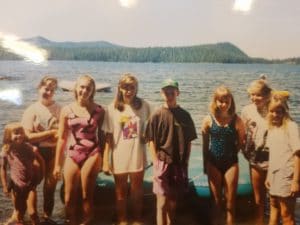 When Mardell Eastburn’s Mother-In-Law passed away, Mardell was gifted a hefty amount of fabric and unfinished quilts. At the time, Mardell thought, “What am I going to do with all this?!” Mardell, already an avid quilter, decided to round up her Birth To Three friends who also had a knack for sewing and said, “We need to use this up!”

The group started making baby quilts soon after. “It’s a way for us to come back to a skill set we already have,” says Sue. “We are of the generation that sewed a lot for ourselves.”

Over the years, the quilters have donated quilts to Parenting Now, CASA, Womenspace, as well as gifted them to friends and family. “Sometimes the quilts speak to you,” says Sue. “I think that is very true,” agrees Mardell. “Sometimes you make a quilt that you intend as a donation, and when you finish it, you can’t easily give it away,” says Colleen who notes that there are times when quilts go to family and friends going through medical issues or other hard times.

When a coworker’s mother passed away from a stroke in her 50s, Sue was asked if she could make 8 individual quilts out of the mother’s 1 hospital quilt. Sue brought the project to the quilting circle. “It was a big challenge,” says Sue. The group had to take the whole quilt apart and add fabric in places. “It didn’t turn out anything like we thought, but it was a really cool project.” The quilting group then presented each of the 8 family members with their own special quilt.

Between work, grandchildren, retirement, and the like, it’s harder for the group to meet as often as they did when they were in Birth To Three. But when they do get together, it’s just like old times. But instead of comparing diaper changing horror stories, they are sharing news of their adult children’s marriages, work promotions, or baby announcements. This past June, the group had a reunion and many of their children were in attendance. “We got a total extension of it all,” says Colleen.

“A parenting group isn’t necessarily meant to last forever,” says Sue. “And that’s OK.” Although it’s no longer called Birth To Three or hosted in a parent’s house or front yard, Parenting Now’s core values remain the same: to connect parents and provide education and support to families with young children. “Parenting groups are a great way to garner friends when you can share something in common,” says Mardell. “Because parenting is hard otherwise.”

This article appeared in the November 25, 2019 edition of The Register-Guard.