Since 2002, Parenting Now has recognized the efforts of special individuals in Oregon who have made a significant difference in the lives of children.

This year, the Minalee Saks Champion of Children Award is awarded to Dr. Lauren Herbert for her tireless efforts for social justice for her patients, the underserved in our community, as well as internationally. 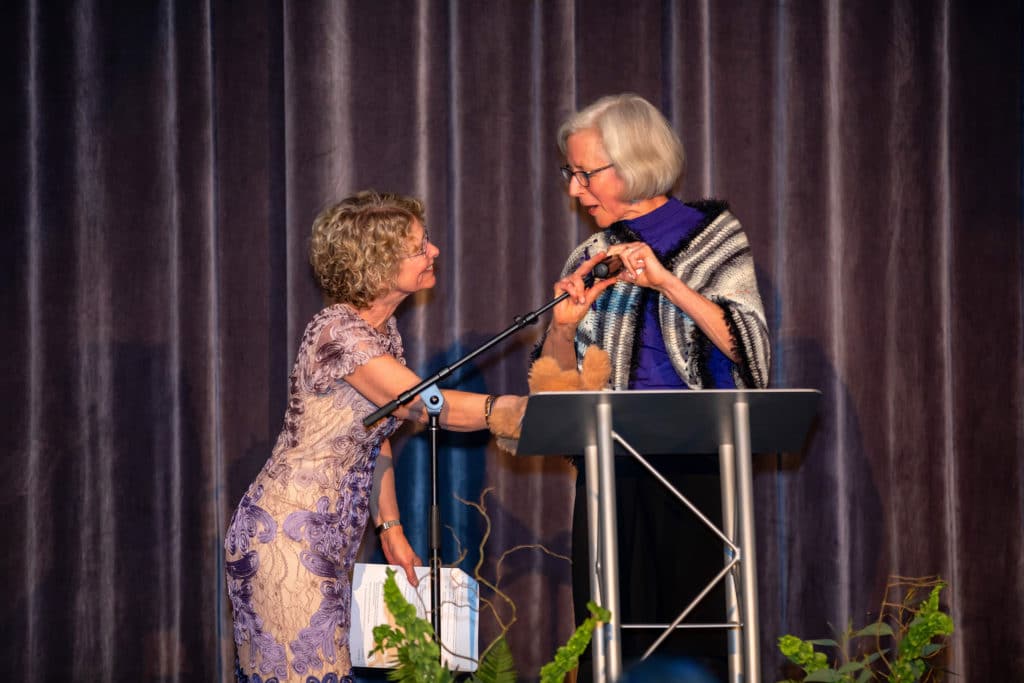 Dr. Herbert specializes in pediatric infectious diseases at PeaceHealth Medical Group. “During medical school, I worked in a laboratory conducting research on Trypanasoma brucei, the protozoal parasite that causes sleeping sickness in Africa. I spent 3 months in West Africa with the Medical Research Council, assisting with research on acute respiratory infections in rural communities,” says Dr. Herbert. “I wanted to participate in research that could improve the health of vulnerable populations.”

To this day, Dr. Herbert continues to work with underserved and vulnerable communities both locally and internationally, including collaborating on a 10-year project in El Salvador, constructing a clinic for the island community. During a PeaceHealth Medical Mission, Dr. Herbert met a Salvadoran family physician who had been volunteering on an island in one of the estuaries. “The family physician introduced me to the community,” says Dr. Herbert. “Community leaders told me of their dream of building a health clinic.”

Dr. Herbert spoke to one of the pastors at her church (First Congregational Church) about collaborating on the project. That’s when the ball really got rolling: The church raised the money, Dr. Herbert’s father designed the clinic; the Salvadoran family physician’s uncle provided engineering plans; Four young people from the First Congregational Church traveled down to El Salvador, lived in the community, bought supplies, and identified people in the community experienced in construction; about a dozen volunteers travelled to the island for a week and worked with community members, under the supervision of the people in the community who had construction experience. Together, they successfully built a health clinic for the community.

More recently, Dr. Herbert has turned her efforts to working with refugee families, volunteering in a refugee camp in Greece and providing care for those fleeing violence in Syria, Iraq, and multiple other countries.

This summer, Dr. Herbert traveled with Senator Ron Wyden and a small group to a shelter in Ciudad Juarez, Mexico, directly across the border from El Paso, Texas. The shelters can only hold roughly 1,000 people, so, under the “Migrant Protection Protocol,” thousands of migrants are sent back to Mexico to await their asylum application—many left to fend for themselves.

When Dr. Herbert and Senator Wyden visited the shelter, a man told them he was worried about his pregnant wife, who had been diagnosed with preeclampsia and had been leaking fluid for two days. “As a pediatrician, I knew this woman needed immediate medical evaluation as both preeclampsia and premature rupture of membranes can endanger the lives of both baby and mother.” The mother was in a high-risk condition and needed further medical attention. With the help of Steve Manning, a lawyer from Innovation Law Lab, a Portland-based immigration law firm, they were able to transport the pregnant mother across the border to receive the medical care she and her unborn baby needed.

“Dr. Herbert’s dedication to serving this population is inspiring,” says Lynne Mender, Parenting Now’s Executive Director. “She is constantly seeking resources, doing work in her time off, and encouraging friends and fellow health care providers to help. She is humble, quiet, and persistent.”

“So often in this country, we emphasize the importance of individual accomplishment and we see heroes as individuals,” says Dr. Herbert. “In this time in this country, the forces of cruelty, of those stepping on others to benefit themselves, are so great that I doubt that there are many individual heroes. Instead, heroism comes in combining our efforts and in working compassionately for our ideals.”

This article appeared in the February 24, 2020 edition of The Register-Guard.