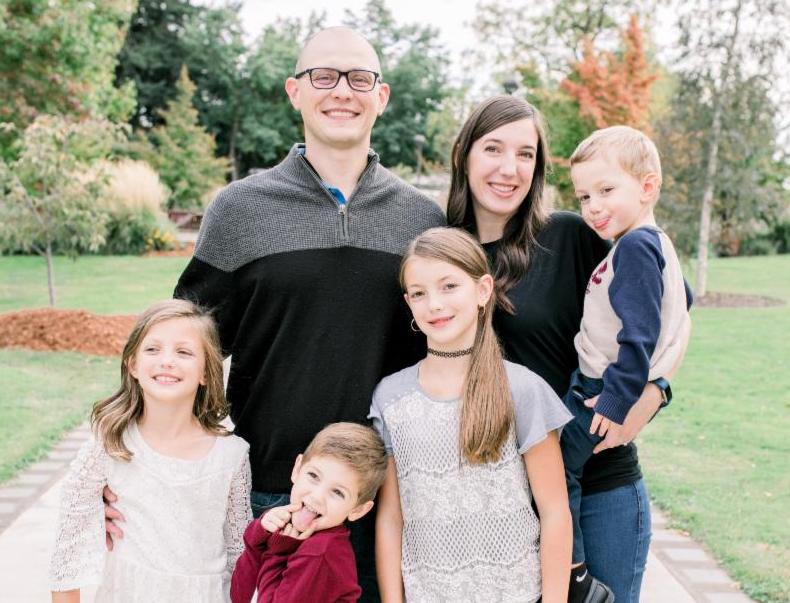 I became a father for the first time in July 2008, just five months after losing my own father. The joy of becoming a father, the daunting responsibility of raising a child, and the grief of losing my own father had me on quite the emotional rollercoaster. I had also accepted a job that would require us to relocate to Eugene, Oregon. We packed up everything and moved to Eugene in August 2008, when our daughter was only three-weeks old. We knew hardly anyone in town, and our nearest family members were in Idaho where my wife and I grew up. We were excited for this new adventure but it was a challenging time for us.

When we arrived in Eugene, a co-worker of mine recommended we sign up for a parenting group with Parenting Now (known at that time as Birth to Three). At first I was hesitant to sign up for a group because I thought I could figure out everything I needed to know about parenting from the Internet. However, I quickly realized that raising a child requires help from multiple sources! Looking back now, I can see how naïve I was. My wife and I decided to sign up for a group and give it a try. I didn’t know it at the time, but it turned out to be one of the most important decisions we ever made.

We did four years of parenting groups with Parenting Now – Incredible INFANTs, Wonderful ONEs, Terrific TWOs, and we even piloted a three-year olds group. We met several wonderful parents in our group and came to know them pretty well. I gained so much from the discussions we had in our parenting groups. Those groups formed the foundation of who I am as a father.

Our group facilitator and other parents in our group shared wonderful activities to do with our kiddos to help them develop and grow. We learned more songs to sing with our children than you would believe. We were taught that self-care and stress management were just as important as taking care of our child’s needs. We were given a toolbox with helpful tips to respond to a variety of situations that kids can throw at us as parents. We gained valuable friendships that continue today. In fact, last fall our group celebrated 10 years as parents! The list of wonderful things I learned and gained from my parenting groups goes on and on. However, the most important thing I gained is the confidence that I am doing my best as a father.

That confidence is something I have had to rely on quite a bit. I am now the father of four children, with a fifth one on the way. I have been able to practice and apply the skills I learned from my parenting groups over and over again. Despite all the practice, I am still not perfect by any means, but I know my kids don’t need a perfect parent in order to be successful. Kids simply need skilled and nurturing parents.

Parenting groups help imperfect parents become skilled parents, which in turn creates a better society for all of us. My own father was not perfect, but he was a great example for me and I know he did his best to teach me everything he could. My greatest desire is to try to be as good a father as my Dad.

Parenting Now has helped me on my way to achieve that goal. I have confidence that my own children are going to be good citizens and responsible adults due in large part to the skills I learned at my parenting groups. That is the great mission of Parenting Now: to create better futures for all of our children.

RL Widmer, CPA, CCIFP, is the Senior Manager at Moss Adams, as well as Board President for Parenting Now

This article appeared in the July 22, 2019 edition of The Register-Guard.